People's Postcode Lottery and ITV have teamed up for a new on-air partnership aimed at showing what a big win really feels like. The campaign will culminate with the Postcode Lottery’s biggest-ever £16.9 million prize win in December.

ITV and People's Postcode Lottery have teamed up for a new on-air partnership aimed at showing what a big win really feels like - featuring Jason Donovan, a helicopter and a big red truck.

The new partnership, which culminates in a 200-second break takeover when the big postcode reveal for the Postcode Lottery’s biggest-ever £16.9 million prize pot takes place on ITV1 and STV on Friday 16 December, builds on the charity lottery operator’s previous sponsorship deal with Emmerdale. 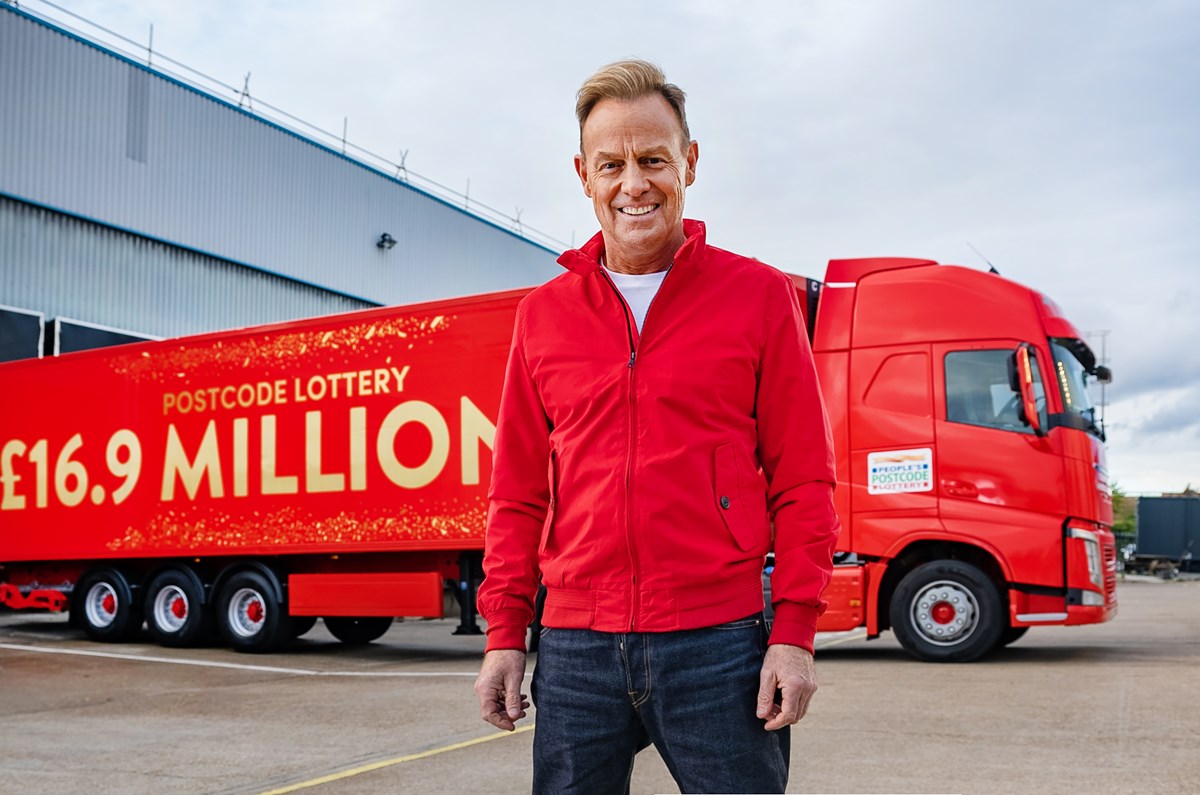 The first phase of the ad campaign launched with a 60-second spot announcing the Postcode Lottery’s biggest ever draw, which will see neighbours in one lucky area share £16.9 million.

The campaign features the iconic red lorry, helicopters, and Postcode Lottery ambassador, Jason Donovan along with ITV talent Alison Hammond and Vernon Kay. This ad also encourages people to sign up and play before the deadline to be in with the chance of winning.

The second phase follows the journey of the lorry as it travels up and down the nation, tapping into the regional power of ITV as Alison Hammond and Vernon Kay talk to previous winners in their own hometowns of Birmingham and Bolton. The lorry also pays a visit to some of ITVs most iconic postcodes such as Coronation Street and The Voice at Media City in Salford.

The campaign culminates with 30-second ads and 10-second stings leading up to the 200-second ad break takeover, in which People’s Postcode Lottery will reveal the winners of the £16.9 million draw in an ITV-tastic celebration - a street party with pyrotechnics and more.

Julie Paterson, Head of Marketing at People’s Postcode Lottery said: "This is our biggest ever prize and our biggest ever campaign. We’ve already built a much-loved brand with millions of players across Britain. Our partnership with ITV is now allowing us to take our message that the Postcode Lottery is the home of big wins to millions more nationwide. We’re especially excited about being able to showcase the moment when neighbours discover just how much they’ve won in a prime-time slot for the first time."

Simon Daglish, Deputy Managing Director, ITV Commercial said: "People’s Postcode Lottery wanted to bring their campaign to life with ITV utilising our massive reach. We’ve worked with them to produce the most ITV-tastic campaign we could - featuring celebs, helicopters and more - showcasing their biggest-ever prize pot, we want to help our viewers get that winning feeling."

This partnership was created with ITV Studios label Lifted Entertainment.