With support from players, Theirworld have set out a three-point plan to ensure thousands of child refugees get the education and future they deserve.

Player supported children's charity, Theirworld is calling for urgent action as vital education services for thousands of refugee children on the Greek islands will end in June.

With the refugee crisis in the islands at breaking point, Theirworld's research says that vulnerable children who have often fled conflict in Syria or Afghanistan are in danger of being abandoned by donors.

They also face the additional threat of the Coronavirus, which the Greek government has described as a "ticking health bomb" in island refugee camps.

Funding for existing education programmes will run out when the Greek school year closes at the end of June. But major donors have yet to reach an agreement on an extension.

Theirworld’s research has concluded that 20 million euros are needed to safely keep educational programmes operated by UNICEF and UNHCR and local aid groups open for another two years.

Closure would deprive children of classes which provide them a sense of normality and the chance to at least imagine a better future.

Justin van Fleet, president of Theirworld, said: "Even if only for a few hours a day, these classes offer a stark contrast to their existence in overcrowded camps blighted by poor diet, sanitation, high tension and sometimes violence.

"In the big picture this is not a great deal of money - but it would go a long way towards not only making life bearable for children who have already endured so much but also towards investing in a safer and healthier long-term solution."

Adding to these challenges, Covid-19 is now threatening to take hold among a refugee population of 42,000 on the islands that has no access to healthcare.

Theirworld is supporting appeals by UNHCR and UNICEF for 1.5 million dollars in emergency funds to extend remote learning for refugee children whose education has almost entirely been stopped due to the pandemic.

As of late 2019, less than a third of 5,300 school-age refugee children on the islands were receiving any schooling. There are now likely to be close to 6,000 as refugee numbers have continued to rise.

The 80-page report - Finding Solutions to Greece’s Refugee Education Crisis - was written by international education expert Maysa Jalbout and is based on extensive visits to Greece and interviews with those in the government, aid agencies and local NGOs.

Its three-point proposal calls on the international community to recognise the pressure on Greece’s education system and to more actively support the country’s efforts with refugees over the next five years.

The report also urges donor countries to make greater investment in the region to tackle the refugee problem closer to home. This would include fulfilling the very public pledge made in 2016 to educate every single Syrian refugee child, which would bring major improvements in Greece. 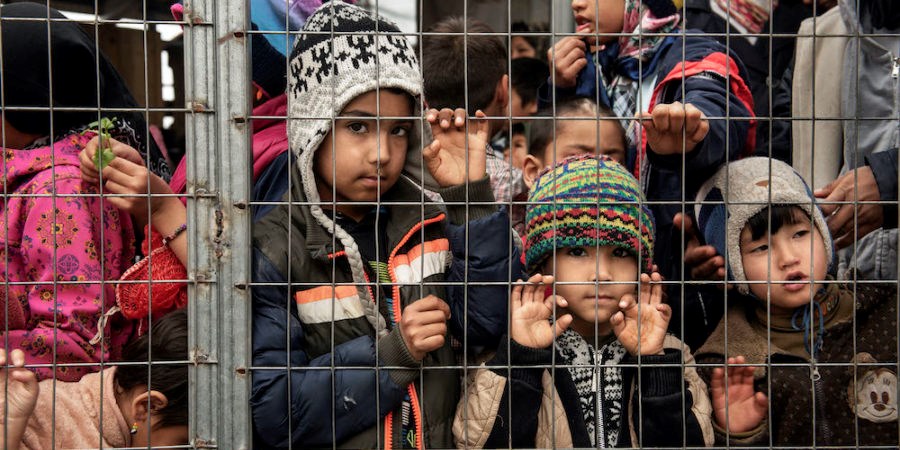 Refugees on the islands - chiefly Lesvos, Kos, Samos and Chios - arrive after often perilous boat journeys from Turkey. Some have gone without schooling for a year or more on their journey or because of conflict.

Numbers swelled earlier this year, with the Moria camp on Lesvos now "home" to 20,000 people, when it was designed for 2,500.

A total of 76,000 refugees have so far been transferred to the mainland where many hope for transfer to other European countries.

Theirworld has been helping UNHCR, UNICEF and partner organisations to send girls and boys to non-formal school classes on the islands. That includes support for the Tapuat Centre near the Moria camp on Lesvos.

Players of People's Postcode Lottery have raised more than £5.3 million for Theirworld and its work to ensure children everywhere have the best start in life, a safe place to learn and skills for the future they deserve.