Ahead of International Women's Day on 8 March, player supported charity Plan International UK is highlighting the advancement of children's rights and equality for girls all over the world.

Since 2017, players have raised almost £7.5 million for children's charity Plan International, helping build brighter and safer futures for children, in particular girls, who are most in need.

Campaigning for a world in which girls can realise their rights by accessing a safe and fulfilling education, being heard and living a life free from violence, the charity works with girls and their communities to eliminate all the barriers that stand in the way of gender equality.

In north-eastern Nigeria, many girls face the everyday risk of being trafficked and exploited. Sold, deceived and coerced, they've breen forced into prostitution, child labour, domestic servitude and marriage, often with much older men.

With support from People's Postcode Lottery players, in November 2019 the charity launched a girl-led campaign to say #NoToTrafficking in Nigeria. Over 16,000 people pledged their support for the campaign to help raise awareness of the issues affecting girls in Nigeria and ensure every girl and their families know the risks of trafficking and exploitation.

The charity is calling on the UK Government to do more to tackle gender inequality, after its comprehensive study found that girls feel 'fed up and frustrated' with empty messages of female empowerment. 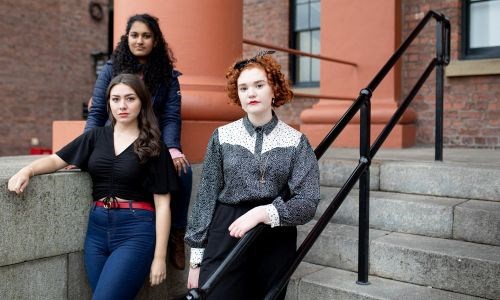 The State of Girls' Rights in the UK 2020 report reflects the experiences of girls growing up in the UK.

It outlines a series of recommendations to tackle the key challenges girls like Dona, Eva and Eliza from Liverpool face, including stopping street harassment, ending the stigma of menstruation and remodelling girls' experiences of school.

The good cause's high-impact programmes provide access to essential services including education, healthcare, child protection and safe spaces. When disasters happen, the charity is there providing emergency relief and supporting communities to recover, rebuild and develop their resilience.

In Ethiopia, support from players is helping the charity construct schools in refugee camps in Gambella, where 375,000 people live after fleeing violence in neighbouring South Sudan. More than 30,000 children will be enrolled in these schools by the end of this project, giving them a safe space to learn, play and interact with other children. Check out our video to see a special thank you from Gambella.