643 people in Netherton have each won a share of £3 million after their postcode sector, HD4 7, was announced as the winner of People’s Postcode Lottery’s monthly Postcode Millions prize.

Three neighbours will each receive £208,196 thanks to playing with the full winning postcode: HD4 7BR.

67-year-old retiree Klaus Dickenson was one of the lucky winners receiving the top prize. He found out on a video call with People’s Postcode Lottery ambassador Judie McCourt.

Klaus was rendered speechless when Judie revealed how much he’d won. 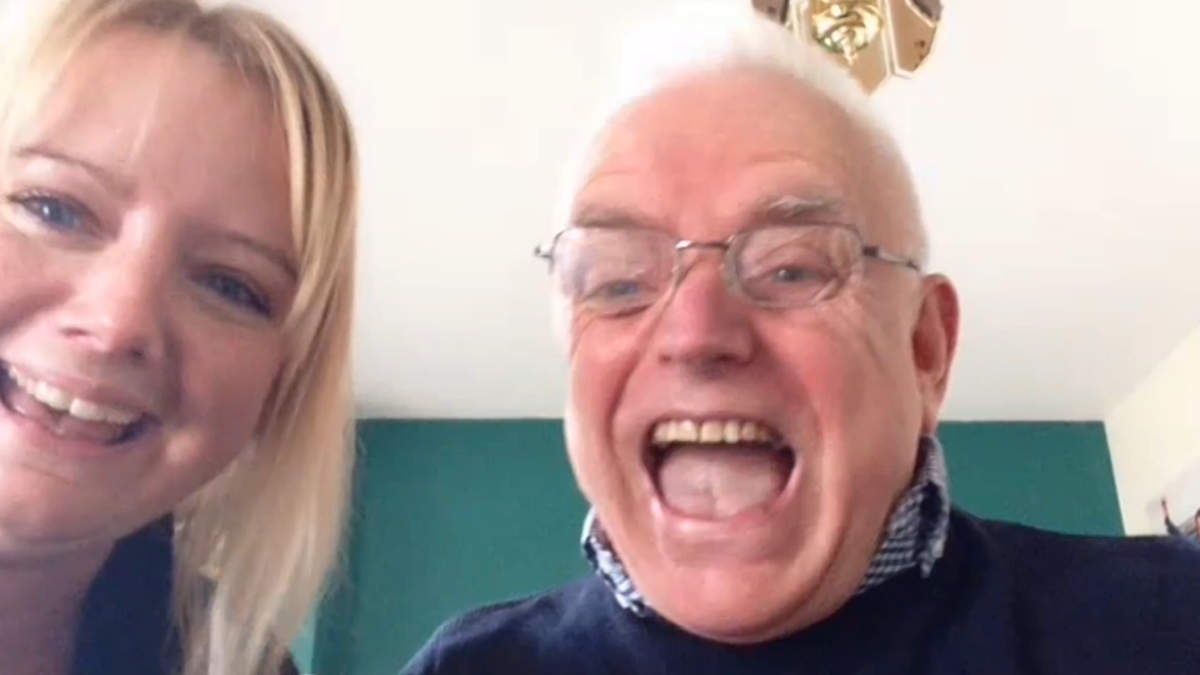 He said: "I can’t believe this! I’ve barely slept since I found out I’d won something, but I didn’t think it’d be anything like this much.

"I signed up to play a few years ago thinking it’d be a good thing to do because I know it supports a lot of charities, but I never ever thought I’d end up winning. It’s a bonus!

"My son’s been living in Australia for almost 10 years so I’ll use some of the money to get out there and see him when we can travel again – take my daughter too and have a big family holiday next Christmas.

"I’ll treat myself to a new car too. That’s the first thing that’s come to mind!"

Klaus was joined by his daughter Tracy Wood, who was on hand to give her dad a hug when he received the overwhelming news.

Tracy added: "I’ll help him spend it! What are daughters for?"

The two other winners receiving the top prize have chosen to remain anonymous. Prizes for the remaining 640 winners ranged from £3,368 to £10,104 depending on how many tickets they play with.

Judie McCourt, People’s Postcode Lottery ambassador, said: "It was such a pleasure to virtually present Klaus with his cheque. He looked gobsmacked in the best way, and I hope he and his family have a wonderful time celebrating.

"It’s big news for the whole area too though with over 600 more winners landing a prize alongside Klaus. I hope it provides the whole area with a wonderful surprise and everyone treats themselves!"

It’s not just players who win with People’s Postcode Lottery. A minimum of 32% from each ticket goes to good causes, and players have raised more than £600 million for thousands of charities and good causes across Britain and internationally.

Local charities have benefitted from funding raised by players too. Shabang Inclusive Learning was awarded £17,500 to create a multi-sensory garden for children with additional needs, and Huddersfield Contemporary Music Festival has received £8,518 to run a heritage project with young people.