Over £2 million has now been raised for Mary's Meals by players of People’s Postcode Lottery. This is helping the charity reach more hungry children. 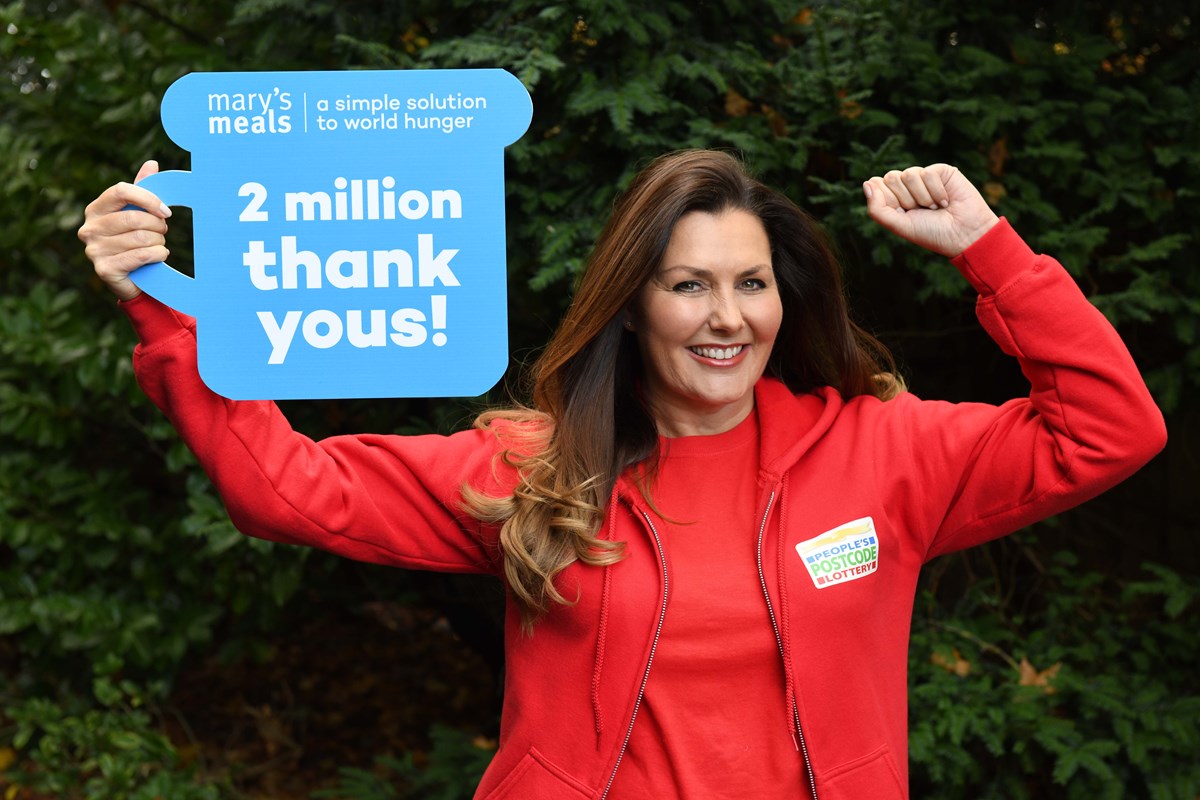 Support from players of People’s Postcode Lottery for Mary’s Meals has reached the major milestone of £2 million, helping the school feeding charity transform the lives of hungry children in Africa.

To date, thanks to the amazing support of players, more than 88,000 hungry children have received a daily meal for a whole school year.

Mary’s Meals normally provides one good meal every school day for children living in some of the world’s poorest countries. The promise of these meals attracts impoverished children to the classroom, where they can gain an education that can help them escape poverty in later life.

People’s Postcode Lottery ambassador Judie McCourt celebrated the news of the funding milestone from her home.

Judie said: "Since funding raised by players began supporting Mary’s Meals in 2015, I’ve learnt so much about the incredible work of the charity and its teams in numerous countries around the world. Providing hungry children with a daily nutritious meal opens the door to so much more.

"In current times, it’s encouraging to know that with support from players, Mary’s Meals’ teams can continue to provide for the children and in a safe way."

Since 2015, players of People’s Postcode Lottery have raised £2.1 million for Mary’s Meals through the Postcode African Trust.

The most recent funding of £450,000 has allowed Mary’s Meals to reach 9,712 children in Kenya, Liberia, Malawi, Zambia, Madagascar, Uganda, Ethiopia and South Sudan.

A significant part of the funding has also been used to support the growth of the charity’s work, including delivering key projects in organisational and staff development.

Daniel Adams, executive director of Mary’s Meals, said: "We are hugely grateful and thankful to players of People’s Postcode Lottery – through their wonderful support, we have been able to reach thousands of hungry children living in some of the world’s poorest countries with a nutritious daily meal, bringing them much joy and hope for the future."

Mary’s Meals usually serves its nutritious meals in schools, attracting impoverished children to the classroom where they can gain an education that will one day be their ladder out of poverty. As schools around the world closed due to the Covid-19 pandemic, the charity has successfully adapted and provided food to cook at home instead. With some schools now re-opening, Mary’s Meals is continuing to safely reach the children who rely on its nutritious meals, whether in the classroom or at home.

Malawi is just one such country where Mary’s Meals is making a big difference thanks to player support.

Twins Triza and Lackson live on the remote island of Likoma, in the northern region of Malawi. The thirteen-year-olds normally attend St Peter’s Primary School which has been affected by the Covid-19 school closures.

For now, the children are receiving take-home rations of the food they would otherwise be enjoying in school. Like so many other children across the world, their home is currently their place of education.

Triza explained: "I missed phala [porridge] a lot and now that Mary’s Meals is giving us food today, it gives me so much joy. I know I will be able to eat something every morning."