A safe space for child victims and witnesses

A revolutionary new project, supported by players, will help child victims and witnesses get justice, recover, heal and move on with their lives.

By Laura Chow, head of charities at People's Postcode Lottery 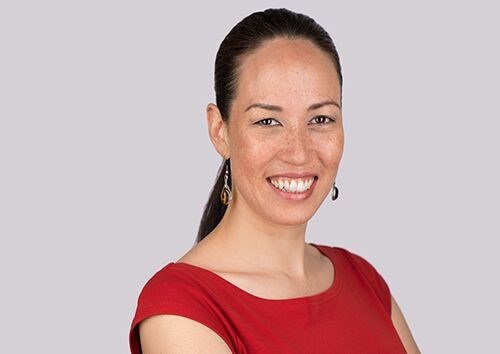 Each year, 12,600 children and young people in Scotland who are victims or witnesses of crime require special support to give evidence in court.

Now, a partnership bringing together an incredible mix of experience, skills and networks is aiming to give every child hope and help every child heal.

Children 1st, Victim Support Scotland, Children England and the University of Edinburgh have joined forces to develop and deliver a unique child-centred project for vulnerable and at-risk children.

With a child’s rights, best interests and well-being at its heart, "Child’s House for Healing" will reduce trauma and anxiety, while offering protection and support for every child victim and witness, at every step of their journey, from disclosure of the violence, abuse or crime they have experienced, through the justice process and into recovery.

Unlike anything currently available in the UK, the creation of a dedicated centre, together with a specific needs-based support approach, will help many children and their families get justice, recover, heal and move on with their lives.

I’m particularly proud that money raised by players of People’s Postcode Lottery will be used to create a safe haven for children, at what is an incredibly difficult time in their lives.

Every year, organisations are encouraged to apply for funding from the Dream Fund – which awards funds raised by players of People’s Postcode Lottery – to bring their dream project to life, over a two-year period.

As a Dream Fund winner, the £1.5 million in funding for this project will mean our partners can create a child-friendly, safe, relaxing and welcoming place in the west of Scotland for children and young people. It will be a place where their evidence can be captured – an alternative to court buildings, police stations, hospitals and social work offices. It will also offer children and their families so much more.

A far cry from these traditional and official environments, the child’s house will follow in the footsteps of the renowned Icelandic Barnahus model. Translated literally as ‘child’s house’, the Barnahus is designed to feel just like a family home. It offers a space where children can give evidence, receive medical care, take part in decisions about their protection and get the individual support they need.

With criminal investigation, child protection, physical health, mental well-being, support and recovery services for them and their families all under one roof, it reduces the number of times a child needs to talk about the terrible things that have happened to them. This revolutionary, reassuring approach to how they are looked after means the trauma they experience will be minimised. Crucially, it also aids recovery.

When I broke the good news that the project was among this year’s Dream Fund winners to Children 1st’s chief executive, Mary Glasgow, she told me that this was "an absolute game changer".

Mary said: "Children have told us that often they are as traumatised by the court process as by the abuse.

"Scotland’s first House for Healing is specially designed for child victims and witnesses, where police, social work, health and the justice system come to the child.

"It’s somewhere that helps them heal, recover and go on to lead the lives that we would all want for children in our country."

Seeking support and justice can be a distressing and confusing process for a child. It is reported that children often feel or think that they are in the wrong and that they are the guilty ones. We’re told some have even said they felt the experience of going through the current justice and support systems was worse than what happened to them in the first place, with some experiences being so traumatic that children wish they had never sought justice or support in the first place.

We believe House for Healing has the potential to be a catalyst for transformational change, paving the way for similar projects elsewhere in the UK. By creating, developing, and testing such a project, more children can be fully heard and better supported when giving evidence and can recover from their experiences more quickly.

I share the hopes of the Dream Fund project partners and believe that Scotland’s first child’s house will send a powerful message to children and their families, that they have a right to care and justice.

Players of People’s Postcode Lottery have now raised more than £500 million, since 2005, for over 7,500 charities and good causes working in Britain and beyond.

The winners of the Dream Fund receive their funding through Postcode Dream Trust – a grant-giving trust, funded by players of People’s Postcode Lottery.

There are two other winners of the 2020 Dream Fund, both will be announced later this year.