Novamedia and the Postcode Lotteries

Novamedia was founded in 1983 to help build a fairer, greener world by raising funds for charities and good causes.

It is the creator and owner of the Postcode Lottery format, which has generated 10 billion euros for charities and good causes around the world.

The format is an international success story with a unique concept at its heart – neighbours winning together. Pictures of happy winners waving big cheques, accompanied by smiling Postcode Lottery ambassadors, are familiar to newspaper readers and television viewers.

The Dutch Postcode Lottery led the way. Nationale Postcode Loterij was launched in the Netherlands in 1989.

In 2005, its success prompted Novamedia to launch two more lotteries – the Svenska PostkodLotteriet in Sweden and People’s Postcode Lottery in Britain.

People's Postcode Lottery was first piloted in the north of England. Three years later, in 2008, it was launched in Scotland and since 2010 it has been operating throughout Britain. Players have raised more than £500 million for 7,500 charities and good causes in Britain and beyond.

In 2016, the Deutsche Postcode Lotterie was launched throughout Germany, and was followed by the Norsk Postkodelotteri in Norway in 2018.

In the Netherlands, Novamedia also operates two other lotteries – VriendenLoterij and BankGiro Loterij. These were launched in 1998 and 2002 respectively.

There is now a total of more than 11 million players in the Postcode Lottery countries. 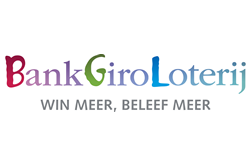